Christophe Sauvat’s artistic journey began in the early 80’s by designing clocks and watches, which earned him numerous awards in France. Always searching for new ideas he later moved to Brazil where he began making and exporting the famous Brazilian thread bracelets.

In a period of two years he had sold over 8 million of them. Bracelets that were worn by everyone from royalty, celebrities and artists alike; and photographed for magazines such as ELLE France among others.

After this successful business he turned his attention to another project. In 1992 he co founded Antik Batik in Paris, over a period of 15 years the company grew to become a household name. In 2007 Christophe sold his share of the company.

Today based in Portugal, we see Christophe introducing his new women’s wear line under the Christophe Sauvat name.

The Christophe Sauvat line is about a confident, well travelled and assertive woman. A line consisting of beautifully made dresses and accessories using ancient traditional forms of printing and embroidery.

His  love for the «gypsy lifestyle» of women who feel just at home in New York, Paris or London as they do in Bali, India or Morocco. It is an elegant marriage of cultures, lifestyle and design. 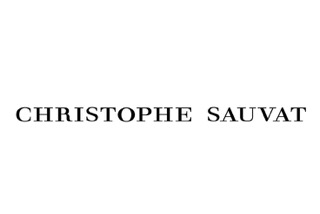